Documenting women and children receiving life-saving vaccines in the Democratic Republic of Congo’s (DRC) most remote, inaccessible areas offers a potent insight into the chain of events that make the delivery of vaccines possible.

As a photographer chronicling vaccine trails across Africa, I witnessed firsthand the challenges of offering children in DRC the same protection from childhood disease that I took for granted when I was growing up in the United States. 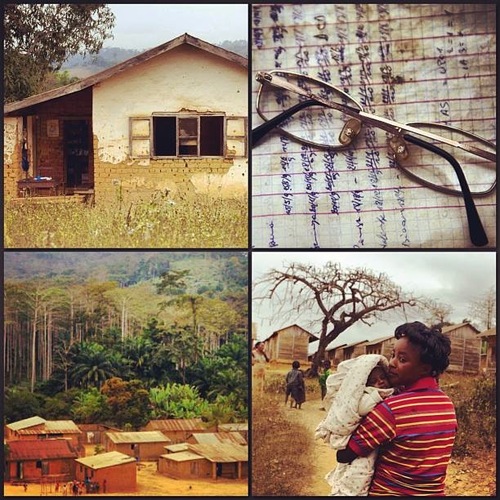 Setting out with a team from DRC’s Ministry of Health, I travelled to the city of Matadi, about 300km from Kinshasa. The ever declining quality of the roads as we drove further from the capital meant the journey took eight hours. Bouncing over dusty, rough tracks, we stopped along the way at rural health centers, where solar-powered refrigerators are used to safeguard vaccines, which must be stored at a constant temperature. In these remote areas, one fridge stores enough vaccines to serve thousands of people.

The next morning I met Jina Kiaku Mianfipa, a vaccinator in Kizulu Sanzi. Mr. Mianfipa would travel 50 kilometers on foot and by bicycle to deliver a cooler packed with vaccines to the village of Kinze Muété. I took pictures as I followed him over rutted dirt trails, at times too bumpy and steep to ride his bicycle, but he pressed on, pushing his bike and cooler past villagers laden with baskets and babies. He waved at children and neighbours, who smiled and laughed as I tried to keep up, running alongside Mr. Mianfipa trying to capture the spirt of his work with my camera — the remote landscape, the difficulty of his journey, and the people his exertions would help. 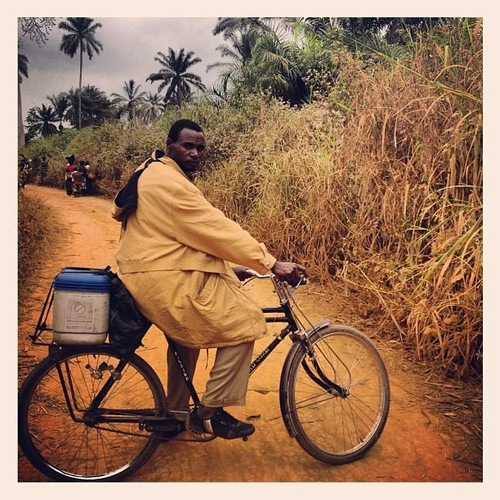 We arrived at a makeshift “vaccination clinic” hours after setting out. A rickety wooden bench and a table were set-up outside a single room in the crumbling village school. Mr. Mianfipa took the cooler from his bike and placed it on the table. The women of the village emerged from their homes, carrying their babies in their arms and on their backs. They lined up with their health cards, ready to receive their vaccinations. It was this moment that made Mr Mianfipa’s efforts worthwhile.

This post originally appeared on Vaccines Work and was written by Evelyn Hockstein.