The economic ramifications of cures

Most recently, researchers were able to find a cure for the liver disease hepatitis C. How much did it cost? Roughly $4.5 billion according to the Medic...

Most recently, researchers were able to find a cure for the liver disease hepatitis C. How much did it cost? Roughly $4.5 billion according to the Medicare Payment Advisory Commission. This was more than 15 times what Medicare spent the year before on older treatments for the disease.

The extraordinary outlays for these breakthrough drugs, which can cost $1,000 a day or more, will be borne largely by federal taxpayers, who pay for most of Medicare's prescription drug program. But the expenditures will also mean higher deductibles and maximum out-of-pocket costs for many of the program’s 39 million seniors and disabled enrollees, who pay a smaller share of its cost, experts and federal officials told The Washington Post.

The new hepatitis C drugs have a higher cure rate—90 percent or higher—than previous treatments, as well as fewer harmful side effects. Some studies have shown that, despite their price tag, the drugs justify their cost based on the better quality of life they provide and the health expenses that patients avoid in the future.

Still, the drugs may not save money for Medicare, even in the long run. A recent study in the Annals of Internal Medicine suggested that only about one-quarter of the $65 billion needed to pay for the new drugs for eligible patients (not just those on Medicare) would be offset by avoiding hospitalizations and other treatment costs. The vast majority of patients with hepatitis C don't go on to get liver transplants.

Federal taxpayers cover the preponderance of the cost of treating patients in Part D, but enrollees also have to pick up a share, which can vary based on their drug usage. Once a Medicare enrollee spends $4,700 out of pocket on drugs – in this case, just a few days of a prescription – "catastrophic" coverage kicks in. At that point, Medicare picks up 80 percent of the cost, the health plan pays 15 percent, and the patient pays the remaining five percent.

Some costs probably will be passed along to Medicare beneficiaries who don't have hepatitis C, in the form of higher deductibles and maximum out-of-pocket costs, said Jack Hoadley, a research professor in the Health Policy Institute at Georgetown University.

For example, next year the standard drug deductible in the program—the amount a patient has to spend before coverage kicks in—will increase to $360 from $320.

The out-of-pocket maximum, at which catastrophic coverage begins, is also going up to $4,800 from $4,700. Beyond that, insurance company premiums may also increase somewhat, though increases could be offset by changes in the use of other drugs. Rates have not yet been announced for 2016. 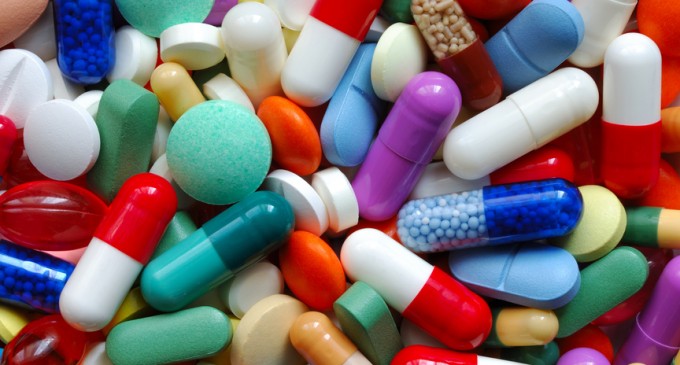 Is there a solution?

Unsustainable growth in medical spending has sparked interest in the question of whether prevention saves money and could be the answer to the health care crisis. But the question misses the point. What should matter (for both prevention and treatment services) is value – the health benefit per dollar invested.

An option of longstanding interest is prevention –interventions that prevent or delay the occurrence of the very diseases that drive these costs. There are three kinds of prevention.

RELATED TOPIC: How much money is spent on health care and disease eradication around the world?

Primary prevention can be accomplished by modifying unhealthy behaviors (e.g., smoking, physical inactivity), which cause many diseases and account for 38 percent of all deaths in the United States, administering immunizations to prevent infectious diseases, and reducing exposure to harmful environmental factors.

Secondary prevention can reduce the severity of diseases, such as cancer and heart disease, through screening programs that detect the diseases or their risk factors at early stages, before they become symptomatic or disabling.

Tertiary prevention – the effort to avoid or defer the complications of diseases after they have developed – is the current focus of medical care.

The health benefits of prevention are intuitive – it is wiser to prevent a disease than to face its consequences at a more advanced stage – but for many years policymakers, politicians, and professionals have also advanced the economic argument that prevention saves money.

Prevention is seen as the touchstone of a redesigned system focused on improving health outcomes.

Health is a good, and goods –whether they are national security, clean water, or a new car – are not purchased to save money. They are purchased for the nonmonetary benefits they provide.

The proper question for prevention – and, ultimately, for all of health care – is not whether it saves money but whether it offers good value on the dollar. For a given disease, which strategy – prevention, a new diagnostic test, or a better treatment – offers the greatest benefit per unit cost? Finding the best ways to enhance health for the same cost is common sense, and it is common practice in other countries, such as Canada, the United Kingdom, France, and Japan. Questions about costs are often waived for disease care. The question posed for prevention— will it save money?—is rarely applied to an imaging procedure, a new antibiotic, or a surgical procedure. Although some payers will consider CE studies and eschew coverage when CE is poor, many coverage decisions (and drug approvals by the Food and Drug Administration) occur without consideration of costs.

RELATED TOPIC: How much is Ebola costing West Africa?

Various factors explain how this double standard came to be, but the economic crisis in health care calls for more critical thinking. At a time when the economy and the lives of American families are deeply affected by medical spending, policymakers who ask whether prevention can save money or reduce spending must pose the same questions for disease treatments. For all forms of health spending, they should ask the following questions:

Across the board, the economic crisis requires a comprehensive examination of how to shift spending from services of dubious economic value to those with high CE or net savings. Whether those services are preventive or otherwise is less the point than the value they provide for the dollars spent.