How healthcare can safeguard itself against cyberthreats
Jonathan Miles
May 17, 2020

How social media can be used to track disease outbreaks

A full nine days before Ebola was even recognized by the World Health Organizations as an epidemic there was something else. HealthMap, a software that...

A full nine days before Ebola was even recognized by the World Health Organizations as an epidemic there was something else. HealthMap, a software that mines government websites, social networks and local news reports, identified a “mystery hemorrhagic fever” that was going around.

This raised the question: What potential do the vast amounts of data shared through social media hold in identifying outbreaks and controlling the disease?

A San Diego State University professor recently authored a study that shows the connection between predicting potential outbreaks (specifically pertussis and influenza) and social media and data from mobile phones.

RELATED TOPIC: This ebola outbreak might not go away for a very long time

Ming-Hsiang Tsou believes that algorithms that may be applied to tweets and information stored in mobile phones can be used to predict and track outbreaks.

“Traditional methods of collecting patient data, reporting to health officials and compiling reports are costly and time consuming,” said Tsou. “In recent years, syndromic surveillance tools have expanded and researchers are able to exploit the vast amount of data available in real time on the Internet at minimal cost.” 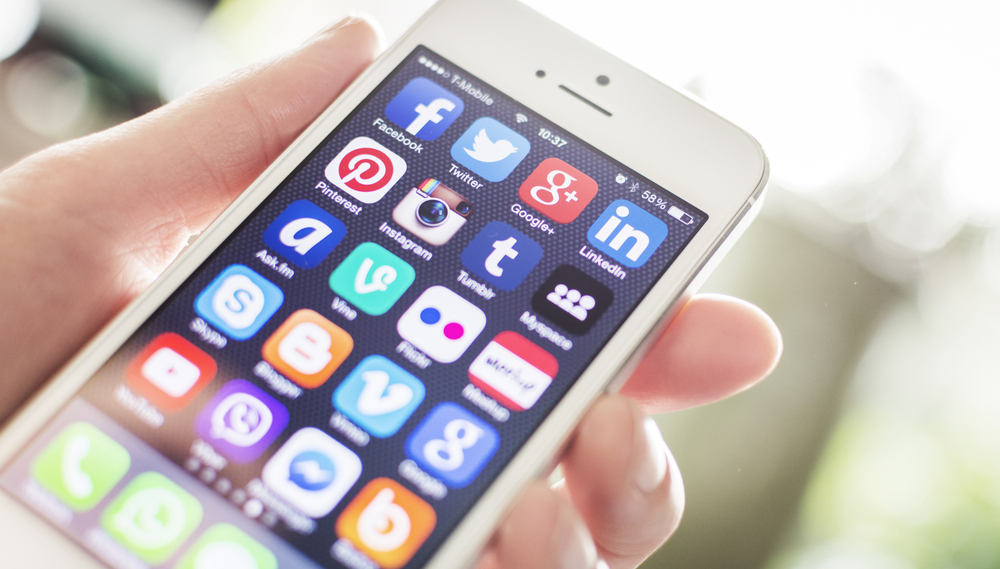 Social media tracking: Then and now

Currently there are no official national programs for disease surveillance via social media, but several systems are being used as complementary sources of information.

For example, disease detection app Flu Near You helps predict outbreaks of the flu in real time. Users self-report symptoms in a weekly survey, which the app then analyzes and maps to show where pockets of influenza-like illness are located. Flu Near You is administered by HealthMap in partnership with the American Public Health Association and the Skoll Global Threats Fund. The effort is supported with private funds to demonstrate its utility for multiple sectors that work together on pandemic preparedness. The information on the site is available to public health officials, researchers, disaster planning organizations and anyone else who may find the information useful.

“There are real opportunities for using this data that is scattered across the Web in news, blogs, chat rooms and social media,” John Brownstein, HealthMap co-founder and associate professor of pediatrics at Harvard Medical School, told Emergency Management in a recent interview. “We’re focused on collecting all that information using data scraping, machine learning and other processes and combining it into one platform that will enable clinicians, public health practitioners and consumers to see what’s happening.”

Understanding the accuracy of such information is also important, said Tsou, whose recent study explored the interaction between cyberspace message activity (measured by keyword-specific tweets) and real-world occurrences of influenza and pertussis. Tweets were collected within a 17-mile radius of 11 U.S. cities chosen on the basis of population and the availability of disease data. Tweets were then aggregated by week and compared to weekly influenza-like illness and pertussis incidence. The correlation coefficients between tweets or subgroups of tweets and disease occurrence were then calculated and trends were presented graphically.

“The correlation between the weekly flu tweets versus the national flu data was almost 86 percent,” said Tsou. “It was a very high correlation. Even more interesting is that when we compared our data to data from the San Diego County Health and Human Services Agency, who we partner with, we received even more precise data on weekly flu cases reported through their lab testing. The correlation was 93 percent — even higher than the national level. That was a very encouraging finding.”

RELATED TOPIC: Which pharma companies are succeeding in the social media space?

But utilizing social media data in this manner also presents challenges, such as correlating a social media post with a specific disease or condition.

“A lot of people tweet that they have a fever or have the flu, but sometimes that information isn’t specific enough for us to connect it with a disease like whooping cough,” Tsou said. “That’s one of the limitations we are dealing with.”

“There’s both a blessing and a curse to using social media in that it’s super rapid, but it also generates huge amounts of noise,” Brownstein said. “Dealing with all the noise and trying to pick out the signals that have meaning is definitely a challenge.”

A world of possibilities for public health

For example, last year the Chicago Department of Public Health began using Twitter to identify cases of foodborne outbreaks. The department teamed up with a group called Smart Chicago to develop an app that analyzes tweets that reference food poisoning, leading the city to step up inspections and enforcement on offending establishments.

The New York City Department of Health and Mental Hygiene is taking a similar approach. It recently worked with Columbia University and Yelp on a pilot to prospectively identify restaurant reviews on Yelp that referred to foodborne illness.

“These systems are operational, and they are being used by government entities to provide situational awareness,” Brownstein said. “They’re not necessarily the only sources of information, but they are an important source of information.”

But it may still be a while before public health departments officially adopt social media data as a significant element of their regular investigations.

How healthcare can safeguard itself against cyberthreats
Jonathan Miles
Jun 24, 2021

Clinical AI company Jvion has launched an interactive map  of the US that highlights areas that are most vulnerable to poor mental health.

The Behavioral Health Vulnerability Map uses Jvion's AI CORE™ software to analyse public data on social determinants of health (SDOH)  and determine the vulnerability of every US Census block group.

Vulnerability refers to the likelihood that residents will experience issues like self-harm, suicide attempts or overdoses. The map also identifies the most influential social determinants in each region, to show the social and environmental conditions that contribute to mental illness.

As an example, the map shows that Harrison County in Mississippi has a 50% higher suicide rate than the rest of the state. It also shows a high percentage of individuals in the armed forces at a time when active duty suicides are at a six-year high, along with a high prevalence of coronary artery disease, arthritis, and COPD, all chronic illnesses that are linked to a higher suicide risk.

The map also shows Harrison County has a high percentage of Vietnamese Americans, who studies suggest have high rates of depression and may be less likely to seek help from mental health professionals.

The map was built using the same data and analytics that Jvion used to create the COVID Community Vulnerability Map, which was launched towards the start of the pandemic.

With this new map, Jvion is aiming to tackle the growing mental health crisis in the US. “At a time when so many Americans are struggling with their mental health, we’re proud to offer a tool that can help direct treatment resources to the communities that need it most,” said Dr John Showalter, MD, Jvion’s chief product officer, who led the development of the map.

“For too long, the healthcare industry has struggled to address social determinants of health, particularly in the context of behavioural health. Our hope is that by surfacing the social and environmental vulnerabilities of America’s communities, we can better coordinate our response to the underlying conditions that impact the health and wellbeing of people everywhere.”