Featured Article
lung cancer
cancer diagnosis
lung cancer screening
treatment
A new lung cancer test that differentiates between recurrences of the disease and newly formed instances has been praised as “invaluable” by doctors...

A new lung cancer test that differentiates between recurrences of the disease and newly formed instances has been praised as “invaluable” by doctors.

Interpace Diagnostics launched the test, MVPdX, this week and called it a “significant milestone” for the company, which provides clinically useful molecular diagnostic tests and pathology services.

MVPdX compares the mutational fingerprint of two or more sites of lung cancer to determine whether the neoplastic deposits are representative of a recurrence of cancer or a new cancer.

Dr Jan F. Silverman of the Allegheny Health Network, said of MVPdX: “We have found this testing to be invaluable since it can affect the staging of the patient and treatment decisions.”

The test helps define the primary site of formation in relation to multiple sites of metastatic spread and helps differentiate multi-centric carcinoma from intra-organ spread of one cancer.

Jack E. Stover, president and CEO of Interpace Diagnostics, said: “This represents a significant milestone for the company as we expand our menu to include an entirely new vertical line of business in lung assays using our already proven technology.

“We believe this initiative will further diversify our product offering while potentially providing for further expansion of our revenues.” 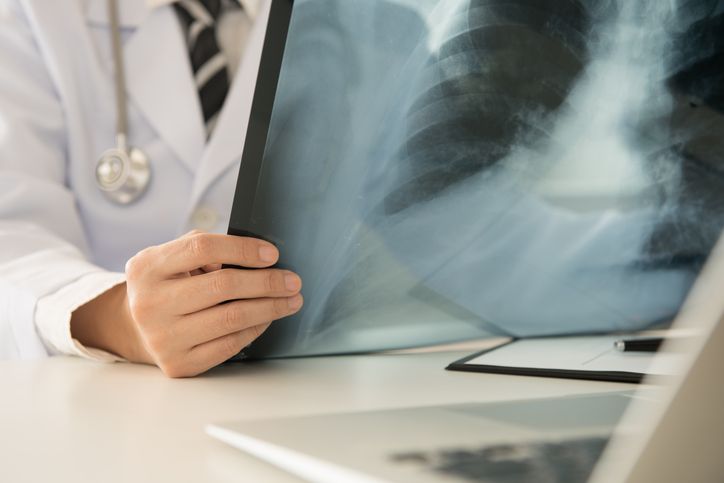 Breaking down the numbers of lung cancer patients in the US, the American Cancer Society states that of the new cases each year, 116,990 are in men and 105,510 are in women.

About one in four US cancer deaths are from lung cancer with more people dying each year of lung cancer than from colon, breast, and prostate cancers combined.

About two thirds of those diagnosed with lung cancer are 65 or older, while less than 2% are younger than 45 and the average age at the time of diagnosis is about 70.