Featured Article
Technology
Lamborghini is the latest carmaker to join the move from building cars to producing essential healthcare equipment to help during the COVID-19 crisis...

Lamborghini is the latest carmaker to join the move from building cars to producing essential healthcare equipment to help during the COVID-19 crisis.

What is Lamborghini best known for? Everyone knows that the interior of one of their six-figure supercars is one of the best in the world.  Now the workers who are in charge of the interior and customisation of the Huracan and the Aventador and helping in the fight against COVID-19.

The production, undertaken in Lamborghini's production plant in Sant’Agata Bolognese, Italy is in collaboration with the University of Bologna. The Department of Medical and Surgical Sciences within the university will oversee validation testing of the medical devices made by Lamborghini, before their delivery to hospitals. 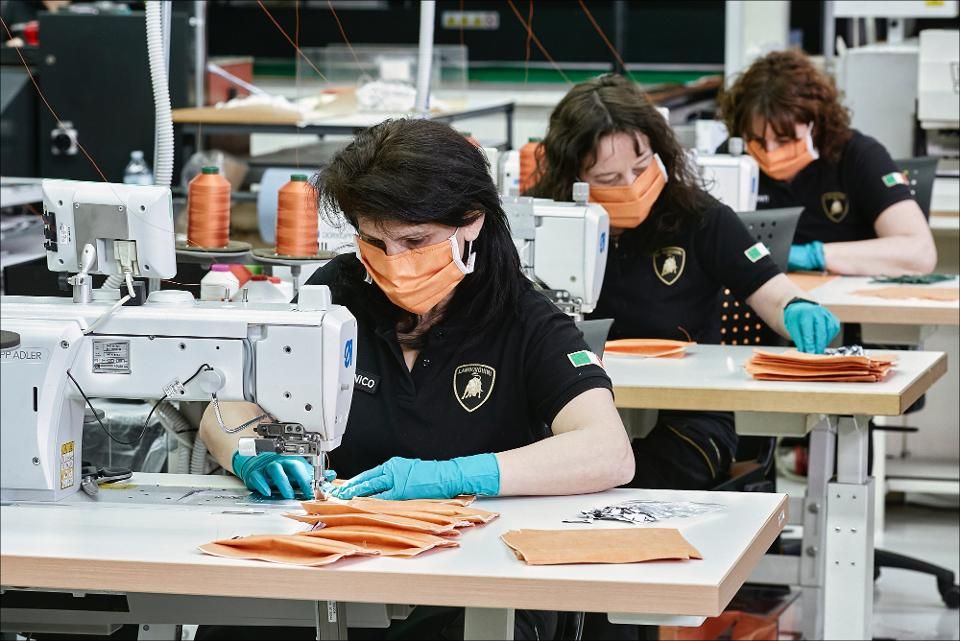 As Italy has been one of the largest hit countries in the world, Lamborghini started making face shields and masks for healthcare workers in their own country first.  Lamborghini builds every one of their vehicles by hand, so they lack the space to mass-produce, unlike Ford and GM, who have now moved into making ventilators for hospitals worldwide.

GM is helping to build 200,000 Ventilators with the goal being 10,000 ventilators per month.GM will also be making surgical masks, in its idled factory in Warren, Michigan, The automaker plans to build 100,000 units per day.

Tesla is helping source ventilators for New York City hospitals as New York has been one of the worst-hit areas in the USA.

Jaguar Land Rover has a goal of producing 5,000 units of reusable NHS-approved protective visors per week.

Lamborgini has a target to make 1,000 masks per day and with the use of 3D printers within their carbon fibre production plant has a goal to produce 200 protective medical plexiglass shields a day.

Lamborghini has also been showing support for their nation by lighting up the front of its headquarters in the colours of the Italian flag every evening.

Lamborghini chairman and CEO Stefano Domenicali said: "During this emergency, we feel the need to make a concrete contribution. We will win this battle together by working in union, supporting those who are at the forefront of fighting this pandemic every day."

With the race against protecting and curing people of COVID-19 being at the forefront of every business worldwide, we thank all of those involved in helping healthcare to win this race.